Smiling sadly, she sat herself on the floor against the console. No one was here now though. No Jamie. No Doctor. It was true that the pair could be childish and stubborn and leave her to feel like the level-headed, responsible one of the group but then there were those other times. Perhaps even braver than her fath- She could feel the tears swelling in her eyes and the hollow lump in her throat at the thought of her father.

Burying her head into her knees, she snivelled and allowed the tears to silently fall. She was alone. Left with only her sorrow and longing for her old life as company.


All because of a warm, friendly voice and a gentle presence that like a blinding light banished all her fears. At the touch of a comforting hand on her shoulder, Victoria raised her head to meet his eyes. Smiling that vulnerably charming smile stood the Doctor. Did he even sleep? She sometimes wondered. The Doctor never had to deal with Jamie crying.

Only children cried over nothing she told herself furiously.

I know just the thing! Before she could ask, the aromas hit her and any curiosity was long forgotten. Overcome with the kind gesture, Victoria felt happier already but still felt an empty void that, especially at night, only her father could heal. The Doctor, he too was now sat at the end of her bed, placed a hand tenderly on her cheek and lifted her eyes to meet his.

She stared up at him; his shaggy fringe brushing the tops of his large, soulful eyes. Eyes that could look humourous and but also stern, inspiring and yet vulnerable, joyful and woeful, playful and lonely. So wise and yet innocent and naive. So young and yet so ancient. The very same, familiar eyes met hers and a seriousness fell on them. It would be an honour A harmonious melody that made Victoria instantly feel relaxed and safe from the demons that plagued her.

Closing her eyes, she focused her mind on the notes. Her thoughts began to wander on when she first met the mysterious Doctor. And the Daleks.

She considered all the evils in the universe, the Daleks and Cybermen and who-knows-what-else, all fearful and foiled by this funny little man in baggy trousers. The Doctor. The same Doctor who was currently playing his recorder so softly and singing so sweetly at the request of a young girl. What was it about him that was so frightening to them? 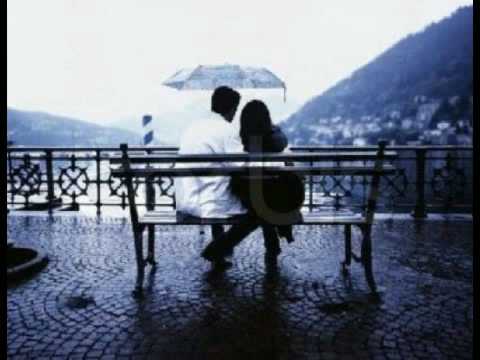 What was it they all feared? As soon as she asked herself, the answer seemed so obvious.

Daleks, Cybermen, all creatures of pure evil and darkness strived on the misery and suffering of others. Destruction, death, tyranny and terror — they were the source of their power. What they feared - truly feared - was his defiant cheerfulness, his optimism. His dazzling light piercing through the shadows, beckoning and guiding others out of the dark and into hope. His face may change, his clothes and even his voice, but his smile would always remain.

And in the end, that was the only thing that could triumph over such darkness. Victoria smiled contently to herself as she drifted off into a peaceful sleep.

The Doctor sang the final bars and looked fondly on the now soundly sleeping Victoria. Soooo this is my second ever Doctor Who fanfiction, and my first ever of the lovely Second Doctor Patrick Troughton , hope I've remained true to the lovely characters. Victoria can't sleep and is missing her old life and most of all her father Dun dun daaaaaaah!

Anyway, hope you enjoy and as always any feedback is appreciated! Add a Comment:. Load All Images. Thank you! I love this. You're really good! Keep writing! Thank you so much! I'm glad you liked it and I most certainly will keep trying to improve at writing!

Prev Next. More from Shinobi-Of-Ookami. Staggering out and waving his frilly sleeve in a futile attempt to clear the haze, the Doctor appeared, coughing, with some of the ends of his white curls still lightly smouldering. The blonde young woman was manically fanning her many-ringed hands in front of her face in an attempt to get a clearer vision. Sometimes she felt invisible like an apparition, sometimes she wished she was.

No one seemed to understand her, or even want to. To them all she was just an angry girl in black; a misfit of the conservative borough, outcast by the gossipy residents. Until he showed up. He was the first person who saw her.

Not a delinquent, anarchist, arsonist, or classic problem child; just a young girl who really really needed someone to believe in. That is where she belonged now. With the weekend on the horizon; no school and homework long forgotten these kids were happy twirling their dates around the chequered floor to the high tempo of Good Golly Miss Molly ; the mood overflowing with youthful energy and anticipation. One exceptionally cool young man was strolled through the crowds with the confident ease of a fellow amongst friends and ended his trip at the same, familiar booth that was always his destination.

The Crowman Resourceful and cunning Mysterious and strange Spotted hanky and A crumpled coat Nimble fingers Fingerless gloves Plumes of black And a heart of gold Watchful eyes Weary eyes Kindly, stern, Fierce eyes Spheres of glass To frame the soul Sharp intellect Soft eyes Strands of straw Under a battered hat Reproachful words and Subtle smiles Thoughtful gestures And idle threats A king amongst some men A vagabond amongst others A creator, a mentor A guide, a protector A father of many All dress in black.

But she just can't get the hang of it.